Ashley Madison – Not What You Think

And I got the honor of being their first guest! At least that’s what they told me! (LOL) Besides being a stand-up comic Ashley, originally from Texas, is also an accomplished actress who you may know from her role as Francine Carruthers in the  revival of the PBS Kids children’s series The Electric Company, or from her appearances on The Big Bang Theory and Desperate Housewives.

Madison Malloy has been a staple of the stand-up comedy scene for a while, and has performed all over the country, in clubs, at festivals, and on radio and TV as well. The two of them together are a dynamite combination, and prove that you can be funny and still be beautiful! Many legendary women in comedy’s past like Lucille Ball, Carol Burnett, and Phyllis Diller have had to downplay their looks to make themselves palatable for the public to laugh at, because as a society despite what some may think, we’re trained to treat women respectfully which makes it harder to laugh “at them.”

These days women own their power and come out on stage looking any way they choose. Our podcast day started with them offering to travel on the subway with me to Brooklyn so I could find the studio more easily. I had a better idea and offered to drive, which they liked, so the day started with them meeting me at my home, which is like a comedy museum, with photos going back decades.  In many of the photos I actually let someone else be in there with me! (LOL) Some people say I have more on my walls than some comedy clubs! (LOL) 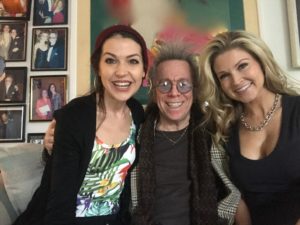 Such a fun day!

They asked for the tour and what impressed Ashley the most was that I had a phone mounted in one bathroom right next to the commode. I had seen this at The Four Seasons hotel and decided that “hotel chic” was for me. She asked if she could try it out and was so excited she forgot to pull down her pants! Ooops!!! 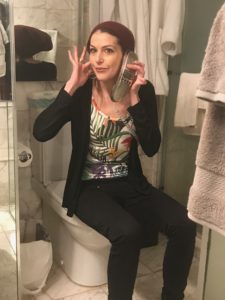 I got so excited with this phone, I can’t believe I forgot to pull down my pants! Good thing I’m wearing black!

And then just like that, we were on our way to their studio, The Brooklyn Podcasting Studio, in Park Slope, Brooklyn. When we got there our parking karma was right on the money and we got a great spot.  Then they led me to a garage. And I thought, is this gonna be like a Marc Maron thing where he does WTF from his garage?

But no it was more like a hidden speakeasy kind of thing where you had to walk through a garage and go up a couple of flights of stairs to get to this really cool studio. I thought we were gonna have to give some guy a password.

The studio had a big beautiful wooden round table/console set  up with a bunch of mics, in a very cool room with lots of snacks, and it was run by a great guy named Josh Wilcox, the manager and lead engineer who was very helpful and made sure that the sound was perfect and that everything went smoothly.

He also was kind enough to take some photos while everything was going on. 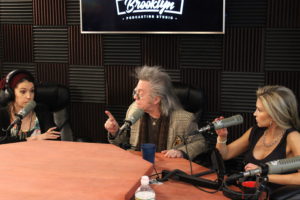 They wanted to talk about my new book on Happiness called “Healing Your Heart, By Changing Your Mind – A Spiritual and Humorous Approach To Achieving Happiness” which hit Best Seller status on Amazon, and how I used the concept of changing your thoughts to cure myself of a severe stutter that plagued me well into my 20’s and beyond.

In reality it’s more about overcoming obstacles in our lives, which we all face. The concept is that we’re all holding thoughts that are not valid for us. Most of the time they are negative thoughts about ourselves, given to us by people who did not have our best interests at heart. 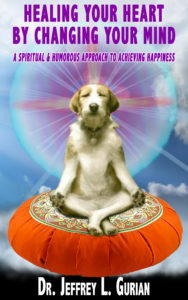 Sometimes it was our parents.  Other times bullies, school “friends”, people we dated, worked with or were married to. Those negative thoughts hold us back. They affect our self-esteem, our self-confidence and every decision we make in our lives. Every time you have to decide what to do you use your thoughts to decide but if your thoughts are faulty your decisions won’t work out for you. 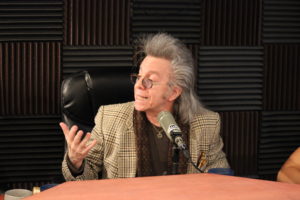 You understand, … don’t you?

In order to be Happy, you literally have to “change your mind.” Anyway even though this stuff sounds kind of serious we had a lot of laughs along the way, and the three of us had a great connection. The girls are so funny, and we were all on the same wavelength. It just flowed. 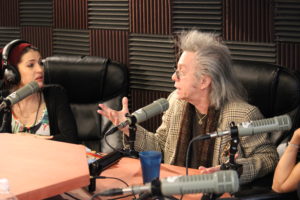 Then we had a fun ride back to the city trading stories, and we all made plans to do something cool together. More on that to come!

In the meantime the podcast officially launches this Monday Feb. 4th wherever you can listen to a podcast. My episode probably won’t air till March, but that’s ok.  Good things are worth waiting for! 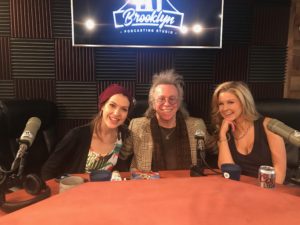 See how Happy we look?

Until then remember, … COMEDY MATTERS!!!