Comic extraordinaire Jim Breuer, stopped by VH1’s Big Morning Buzz Live recently to add a little of his high energy to the show! The former SNL cast member, who made himself a household name with unforgettable characters like Goat Boy is also an incredible impressionist. 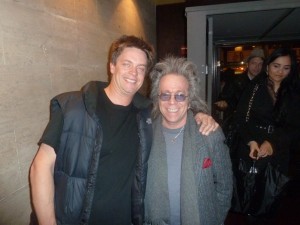 He shared some of his famous celebrity impressions with host Carrie Keagan, and talked about his upcoming tour, describing himself as “Bill Cosby in a Metallica shirt.” Breuer even revealed the funny story behind introducing his dad to Sylvester Stallone on ‘Saturday Night Live.’

Check out these two cool video clips of Breuer on the show.

Jim also appears in a very funny interview he gave me for my new book “Make ‘Em Laugh” with Chris Rock. Chris wrote a special hysterically funny intro for the book, which is about the 35 year history of the legendary comedy club “The Comic Strip”, known as the home for huge stars like Jerry Seinfeld, Ray Romano, Lisa Lampanelli, Lewis Black, and Eddie Murphy, and the club where Eddie discovered Chris back in 1986. 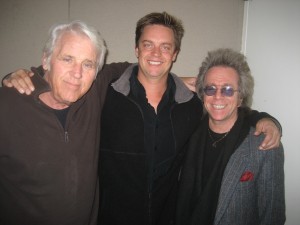