Rocco Rocks Out At Lavo 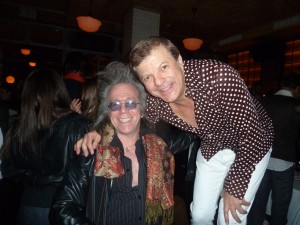 Rocco taking a break from "table-dancing" to greet me as I came in to Lavo!

Anyone can throw a party, but getting people to show up is a whole other thing.  Rocco Ancarola has no problem with that.  He’s been throwing successful parties and events as along as I know him, and we met just before The Civil War. ( During the winter of 1860, I think! ) LOL 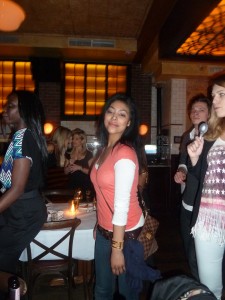 Sylvia getting into the music! 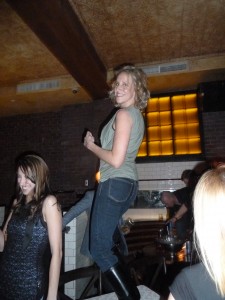 Who ordered this girl???

They must have extra strong tables to allow for all that dancing on top of them. 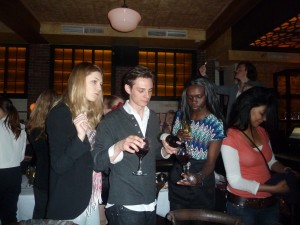 Guests calling friends and telling them to come join the party!

Then again, most of the people dancing on the tables were models and they don’t weigh all that much!  There was a rumour going around that one of the models actually ate something, but it was several weeks before, and she claimed it was an accident. 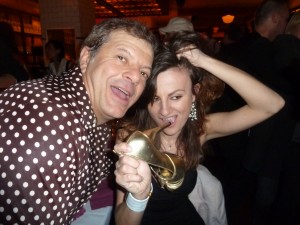 Rocco, ever the consummate gentleman, helping a girl drink champagne from one of her Jimmy Choo's.

One girl was so thin she had no room for her internal organs, and had to keep them outside her body! (LOLOL) 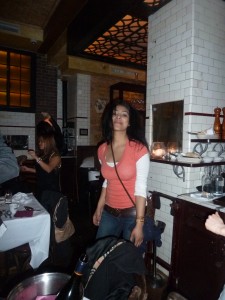 The mysterious Sylvia from Ecuador!

Next week I want to get there early enough to have dinner cause I hear the food is great too!  I’ll try and bring a girl who just LOOKS like a model but isn’t so we can actually eat together!!!