He’s Way More Famous Than You at AMC Loews

Most movies I don’t even see once, so it’s extremely rare that I see a movie twice. Halley Feiffer’s “He’s Way More Famous Than You” was the opening night film of this year’s Friars Club Comedy Film Festival, which was the first time I saw it, and I felt compelled to see it again. 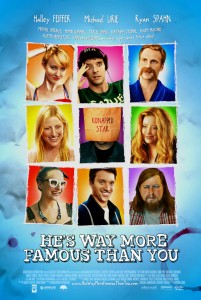 Film poster for “He’s Way More Famous Than You!”, now playing at the AMC Loew’s in the East Village!

What’s so interesting about this film,… besides it being really funny,… is that some of it is based in truth with all of the characters playing themselves.

Halley Feiffer plays a sweet, sensitive alcoholic who had a small part in Noah Baumbach’s 2005 film “The Squid and the Whale.” In real life she played Jesse Eisenberg’s girlfriend in that very same film. In HWMFTY she finds herself struggling in life and her career. She loses her agent, her boyfriend, played by Michael Churnus, and what’s left of her career, and goes out to make a movie that will put her on top. 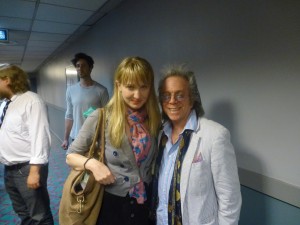 Jeffrey Gurian of Comedy Matters TV with the super-funny and talented Halley Feiffer, co-writer and star of “He’s Way More Famous Than You!” To Halley’s right you can see almost every part of Michael Churnus except his face! (LOL)

Through many funny contrivances, and lots of begging, with a touch of synchronicity thrown in, she gets an amazing star-studded cast like Ben Stiller, Natasha Lyonne, Mamie Gummer, Ralph Maccio, Jesse Eisenberg, Tracee Chimo, Michael Chernus, Liz Holtan, Austin Pendleton, and Vanessa Williams to play the roles she created with her co-writer and co-star Ryan Spahn. 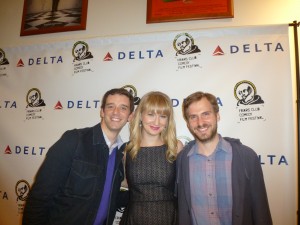 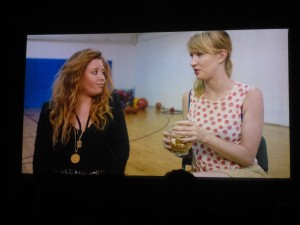 And she gets Michael Urie who will forever be known as “the gay guy from Ugly Betty” to also co-star and direct.

Michael Urie and Ryan Spahn are together in real life but in the movie Ryan plays Halley’s brother! 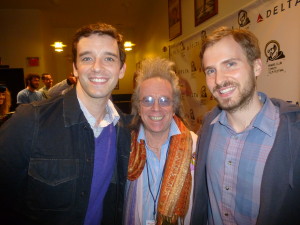 Michael Urie, Jeffrey Gurian from Comedy Matters TV and Ryan Spahn, the director and co-writer from “He’s Way More Famous Than You!” 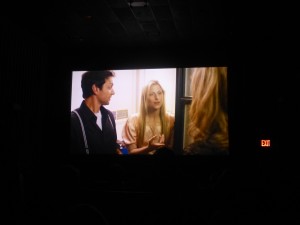 Ralph Maccio and Mamie Gummer in a scene from “He’s Way More Famous Than You!”

Geoffrey Soffer is the producer of the film, who also has quite a history as a casting director! One of his accomplishments was casting the final two seasons of the hit TV show “Ugly Betty”, which is a show that quite a few people in this film are connected to as well.

From 2003 to 2008, Geoffrey was a casting director at ABC/ABC Studios where his credits include the original pilots of “Army Wives”. “Miss/Guided” produced by Ashton Kutcher, “Dirty Sexy Money”, and the Sam Raimi produced series, “Legend of the Seeker.”

This past Friday the film opened at AMC Loews Theatre on 11th Street and Third Avenue in Manhattan, and I knew I had to be there to support it. Seeing a film for the second time gives you so much more insight into the action and the characters. I can see why people go to see a movie they like several times. Every time you watch it you catch something you didn’t see before. 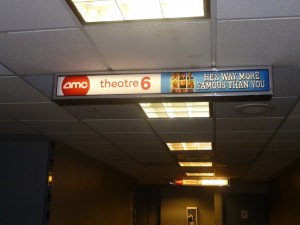 Step into Theatre 6 to see “He’s Way More Famous Than You!” 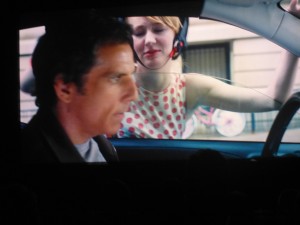 Ben Stiller and Halley Feiffer in a scene from “He’s Way More Famous Than You!”

I’ll tell you two inside facts. The amazing scene where Halley is bicycling through Times Square was shot by producer Geoffrey Soffer from the back of his “hatchback”, as he described it, and the “film-within-a-film” shooting scene where Ryan Spahn’s character gets abruptly replaced by Ralph Maccio because according to Halley’s character “he’s way more famous than you”, was shot on Vanessa Williams gorgeous estate!

This is a fun film you really need to see, and I’m even more impressed with Halley Feiffer’s comedic chops than I was when I saw it the first time!