The Grio.com is the first African-American video news site, specifically geared towards bringing stories of interest to that community. Launched by NBC News, it’s editorial mission is to be the primary news source for the Black community on a national level. February is Black History Month and so they are interviewing 100 people who they feel are making a positive effect in the Black community. 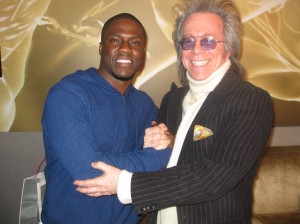 Jeffrey Gurian of Comedy Matters TV with the great Kevin Hart at a promo event for their show at Westbury in 2010!

One of those people, not surprisingly is comedian Kevin Hart, who jokingly demanded to know what number he was out of the 100. He felt he should be around number 6! (LOL) NBC made arrangements to meet Kevin at The Comic Strip, thanks to Bob Wachs a co-owner and founder of the club. 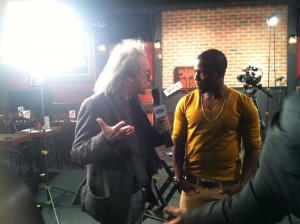 Jeffrey Gurian of Comedy Matters TV interviewing Kevin Hart at The Comic Strip after his NBC interview with Todd Johnson from www.thegrio.com

It was also very fitting because I had the honor of co-producing an event starring Kevin back in Feb. of 2010, in a benefit for Haiti. It was a sold out event at Westbury Theatre on Long Island, and about 3000 people showed up to see Kevin, Tony Rock, and Wil Sylvince in a tour-de-force, that showed why Kevin is as popular as he is. 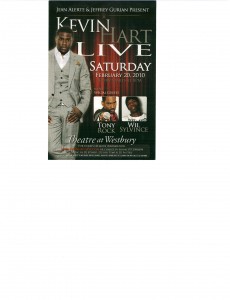 The Westbury Flier in a benefit for Haiti starring Kevin Hart, featuring Tony Rock and Wil Sylvince as the MC! It was sold out as are ALL of Kevin’s shows! 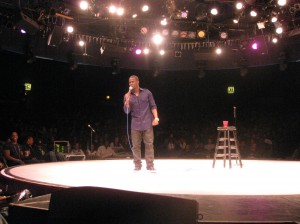 Kevin is one of only a handful of comedians ever to release a live performance as a feature film. That group includes Chris Rock, Eddie Murphy, Eddie Griffin, Martin Lawrence, and maybe three more so he’s in very special company. (Somehow, I think there’s a connection between pigment and funny! LOLOLOL Albinos are rarely funny, … except for Victor Varnado of course! Of all the albino comedians I know, I’d have to say he’s the funniest! LOL)

He put up his own money to release “Laugh At My Pain” in 200 theatres, which is considered a limited release and it’s already brought in millions of dollars. He’s also got 3 million followers on Twitter, about a million more than he had the last time I saw him which wasn’t that long ago! The man is a phenomenon.

I did a little video chat with him for Comedy Matters TV. See below!

Kevin Hart Releases Laugh At My Pain in Theatres

The Humor Mill is on top of everything in urban comedy, “urban” being a code word for those with more pigment than I have! (LOL) Which is just about everyone since I am one of the whitest men I know! (LOL) That makes it even funnier when I come out on stage and tell the audience, ” I know what you’re thinking, … another Black comic! “ 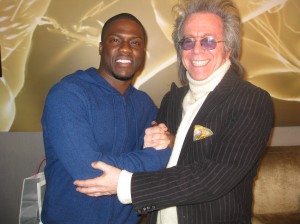 Jeffrey Gurian of Comedy Matters TV with Kevin Hart at a press promo event for their show at Westbury Theatre!

The Humor Mill broke the story of Eddie Murphy hosting the Academy Awards at least a day before it appeared in the NY Post. My partner Richie Tienken who owns the legendary comedy club The Comic Strip managed Eddie for 11 years, from his days on SNL right through Beverly Hills Cop 2. Then in 1986 they both discovered Chris Rock who was working at the club setting up tables in exchange for stage time. 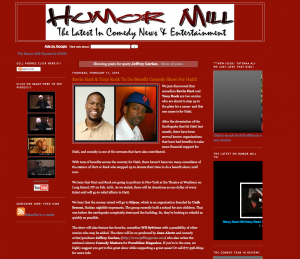 The Humor Mill helped promote the show I co-produced at Westbury starring Kevin Hart along with Tony Rock and Wil Sylvince!

The Humor Mill recently announced the news that Kevin Hart was launching a new mobile app called “Little Jumpman”, which is a first in the comedy world, and is available at the Apple App Store, and through i-Tunes. Kevin is very tech savvy. He’s got millions of followers on You Tube, Facebook and Twitter, and spends lots of time on Twitter posting things personally, or at least he did when I was with him last year.

They also have backstage coverage of the red carpet event for the premiere of Kevin’s new film “Laugh At My Pain” which makes him one of only 5 comics to release a stage performance as a film. That group is made up of Eddie Murphy, Martin Lawrence, Richard Pryor, and The Kings of Comedy. Kevin is in rarefied territory with that accomplishment. 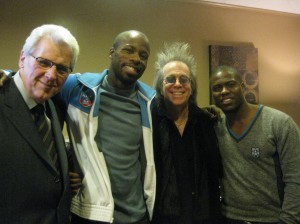 He’s a really funny and really nice guy who deserves all of his success. I had the honor of co-producing a comedy concert with my partner at the time, Jean Alerte, starring Kevin last year at Westbury Theatre, in New York, right after he had sold out his performances at the South Beach Comedy Festival. He also sold out Westbury, with 2800 seats, in a show featuring Tony Rock and Wil Sylvince where part of the monies went to benefit Haiti. Check out the TV commercial for the event: 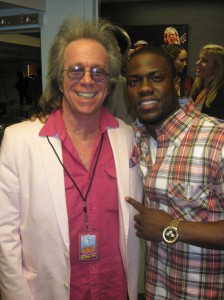 Every place I went with Kevin, to the radio stations, and even in the street, people swarmed him with affection. The public genuinely loves the guy. He’s funny and self-deprecating, and he definitely keeps it real! 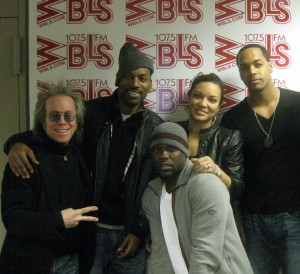 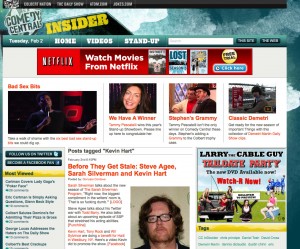 Comedy Central Insider did a promo for the Kevin Hart show at Westbury co-produced by Jeffrey Gurian in a benefit for Haiti!

This was a promo that Kevin shot specifically giving a shout out to me and my partner, thanks to WhatsPoppin.net. Check it out here:

Check out “Laugh At My Pain” at a theatre near you, and check out Humor Mill Magazine for everything going on in the “urban” comedy world! It makes me wonder, … what is the Caucasian comedy world known as, … “Suburban”??? LOLOLOL